There will be lots happening on our social media today and over the weekend.

Please look out for:

HIT GV and Triple M will also be posting.

The posts will be a mix of Event info, Latest News, Visitor Info and Sponsor obligations.

Entries are up by over 15% with scores of new entrants. If you don’t have a job yet and want to help out please contact Nadine Edwards. Shepparton Running Festival 2018, now is the time to run. 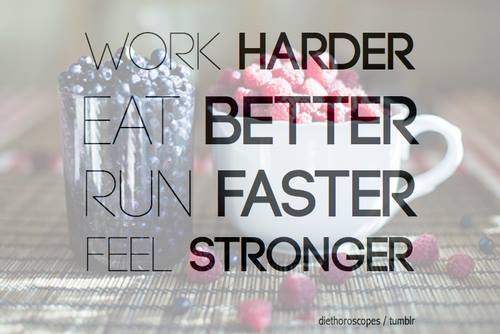 This weekend the Shepparton Running Festival will take place and we caught up with Chris Armstrong to ask him our 22 questions to find out more about him as a runner.

Chris has been coached by Brady over the past 2 years and has achieved some impressive PBs. He is also one of the main people creating a resurgence of distance running in the Shepparton area.
Brady describe him as, “the kind of guy who would do anything for you”.
“He is the guy holding the stopwatch for the Shepparton Runners during their training sessions on cold, wet and dark nights at 6pm after he’s spent the early hours of the morning getting his own training done after a big day at work. He always puts others first”.
When you check the backlog of tweets on Chris’ twitter account it’s easy to see how passionate he is about distance running here in Australia (and the occasional cat video).
In a day and age when ‘Insta Runners’, take up our attention online, finding someone with Chris’ knowledge around the sport is rare outside of the big capital cities.
Chris plays a pivotal role in Shepparton parkrun. He has previously written their weekly newsletter and often acts as a volunteer or pace maker.
And, given Shepparton parkrun averages 118 runners each week and have held 236 events, there is a lot of evidence to show that running is growing in the area. Much of that can be contributed to Chris’ passion in promoting distance running.
Chris won’t like reading all this praise because he is a very humble man.
He enjoys helping people in the running world because it’s the right thing to do.
You won’t see him on Facebook or Instagram pumping up his own tyres, because he literally doesn’t have accounts.
Instead, you’ll see Chris setting up courses, helping his athletes with splits and pacing, marshalling courses and if you’re in Shepparton this weekend for their Running Festival, he’ll be the one handing out the bibs.
Not only is he a gun runner with PBs that people would dream of, he is helping out behind the scenes to make the sport better for all – always with his trademark massive smile on his face.
Learn more about Chris below.
22 questions with Chris Armstrong
1.   What are you PBs? 5k – 16:34
10k – 35:45 15k – 54:52 21.1k – 1:16:50
42.2k – 2:48:54
2.  What is your motivation? – I want to get out and be the best version of myself I can be, I don’t want to look back at any stage and wonder what might have been with my running.
3.  Most memorable race? – probably 2017 Melbourne Marathon, best conditions I’ve ever raced in and felt like I really got to race the marathon properly as opposed to just trying to simply survive to the finish. Running a PB and catching up with great mates made it that extra bit special as well.
4. Number of marathons you have run? 11 – 7 at Melbourne and 4 at Gold Coast.
5.  Where was your first marathon? – 2010 Melbourne Marathon in 3:08.
6.  Ever DNF? – Never from injury, I’ve been in races as part of training and dropped out at certain points as per training plan.
7.  The only running shoes for me are? Anything as long as they’re comfy, currently a fan of Nike Zoom Fly and Nike Zoom Vomero 13s.
8.  Ever been injured? Yes, mostly just niggles, but have had a layoff for the first part of this year with high hamstring tendonitis.
9.  Hot or cold weather runner? Prefer the cold for racing, training I don’t mind.
10. Morning or evening runs? Morning, there’s not much better than being outside when it’s peaceful and seeing the sunrise while you run.
11. Favourite post race nosh? After a race in Melbourne – pizza in Lygon Street, Gold Coast has to be teppinyaki followed up with gelato.
12. DeCastella or Monaghetti? – Honestly can’t split them. Both are icons of the sport and have amazing legacy’s. I probably enjoy Mona Fartlek more than Deek’s Quarters though.
13. Flat Course or Hills? – if i’m racing – flat. I love the hills and trails at Two Bays and Anglesea for easy long runs.
14. Road, Cross Country, Trails or Track? – Road is my favourite but want to give track and cross country more of a go in 2019.
15. Run alone or with a group? – Train alone, but enjoy the opportunity to run with others.
16. Ever won your age group? – Yes.
17. Pre-race routines? (night before or morning of)? – I like to get a good sleep the night before the night before if that makes sense. Otherwise for an “A” race I like to have a new pair of Steigen socks on.
18.  What is your typical night before the big race meal? – Crispy skin salmon, mashed potato, asparagus with cherry tomatoes.
19.  What’s the farthest you’ve ever run at one time? – 50km as part of a 100km relay at Surf Coast Century, with one of my good mates.
20. Best part of running? The great people I’ve met, and it makes me happy.
21. If I didn’t run I’d? Spend more time coaching, I love seeing others do well and progressing on their running journey.
22.  I run, therefore I…. Understand I can achieve anything I give 100% to. 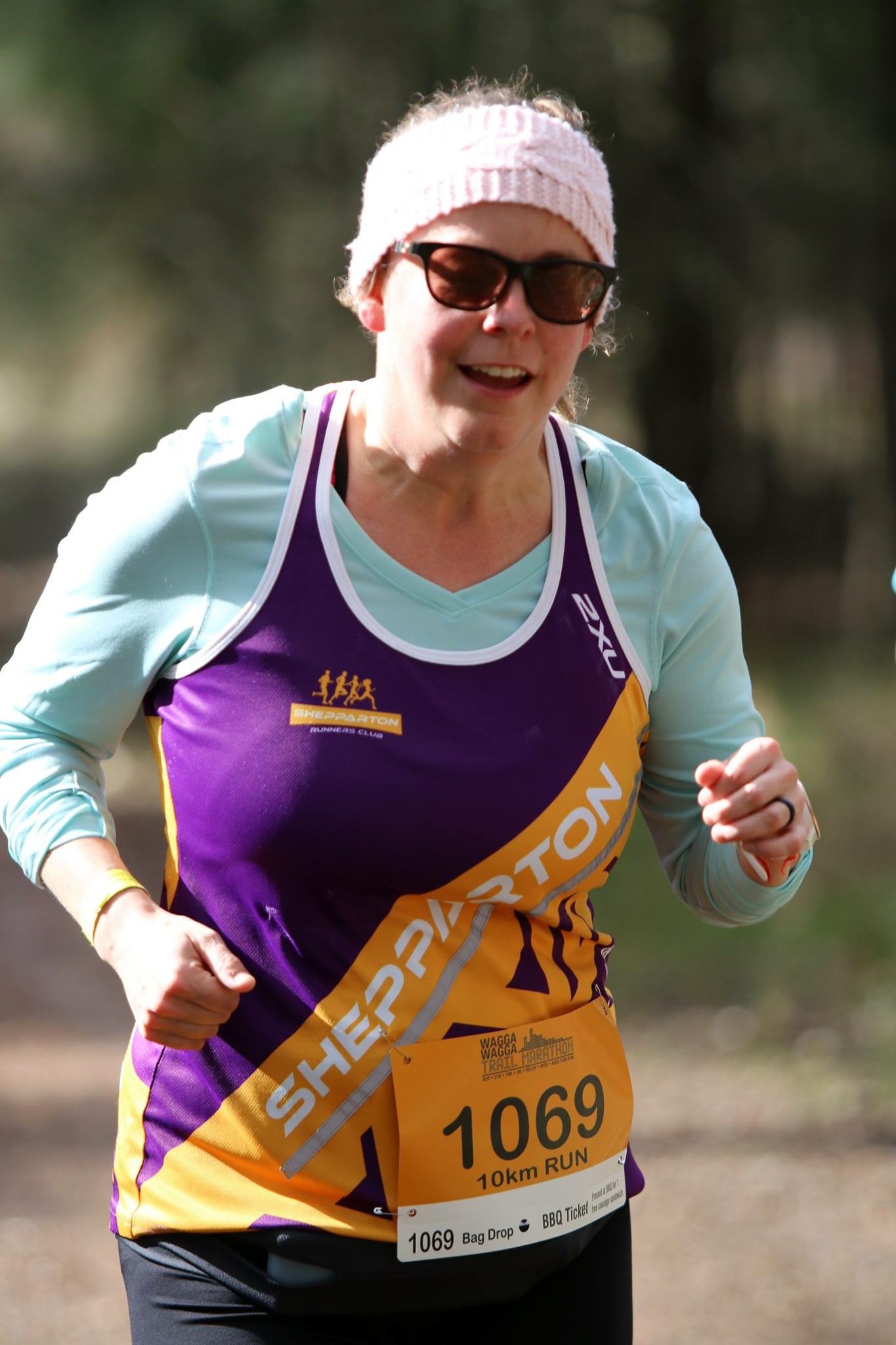 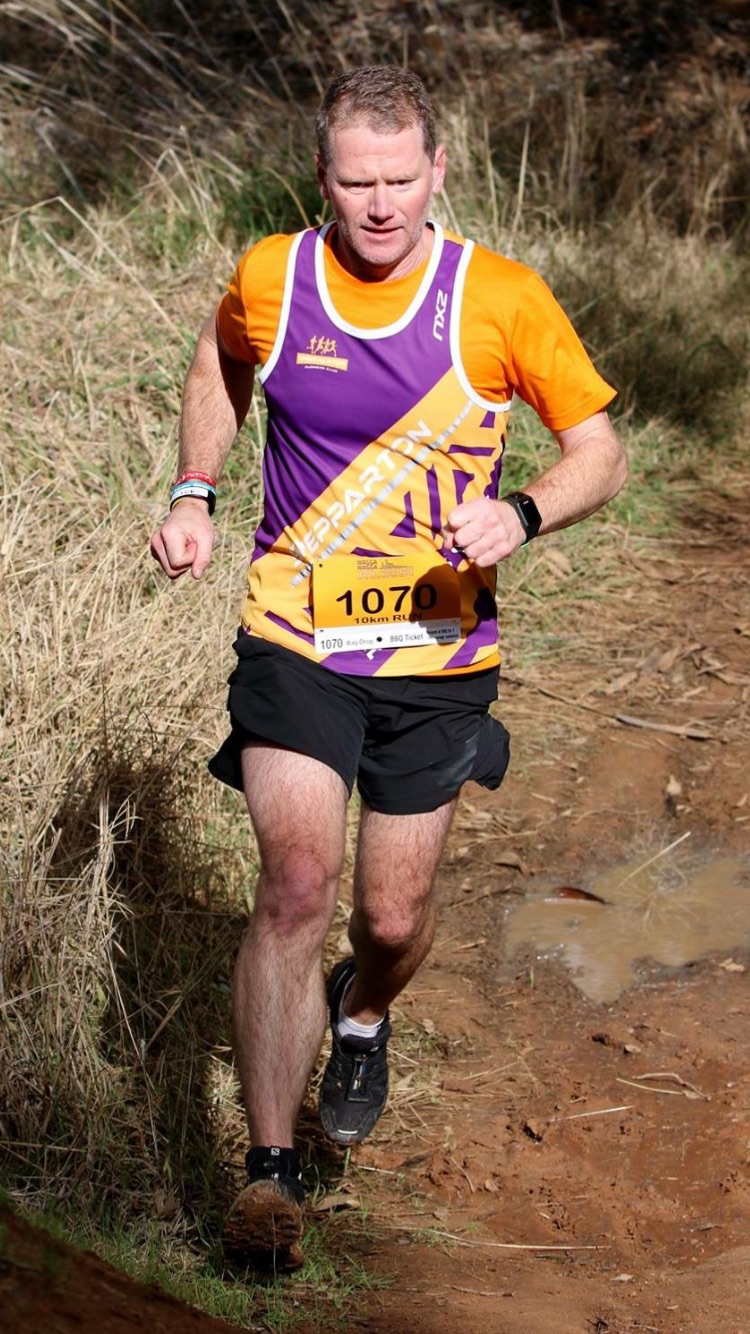 Tara decided last Wednesday that a trail run a week before the Shepp Running Fest would fit perfectly in our running plan, and she was correct. We’ve run the Wagga Trail Fest a couple of years back, a fairly flat trot along the Murrumbidgee levee bank. But that levee bank is now getting upgraded, and the run has relocated, to the hills. The elevation gain is now 157 metres, over  a mix of fire trail and single track. A three hour drive there, and a three hour drive home made it a big day, but a great run with new bling and race tee shirts. Bring on Sunday for the Shepp Running Fest!

Sam and Tara met someone who ran at Willow park parkrun before heading to Wagga. That’s dedication in heavy rain.

After driving through heavy rain for 2 hours and an unscheduled loo stop, I got to Wodonga 2 minutes late. I pulled up and saw the runners heading off. So I ran to the start area, handed in my jumper and started to chase everyone down.

I didn’t really have a time in mind, but chasing down and catching my Albury based friend (Ange) would be a bonus as this was her first official run since being knocked off her bike by a kangaroo 10 months ago. The course was 2km out then back 2km with a 1 km loop to finish off.

In the Border mail newspaper on Saturday.