We did it last year and we did it again this year. The Shepparton Runners Club has again clocked over 100 financial members. This time we did it in early February.

Thanks for staying up to date.

Please register at the link – https://docs.google.com/…/1FAIpQLSfKKYrCC608LQ01L…/viewform…

This helps us put the grades together, start lists will come out from Friday, Feb 8th 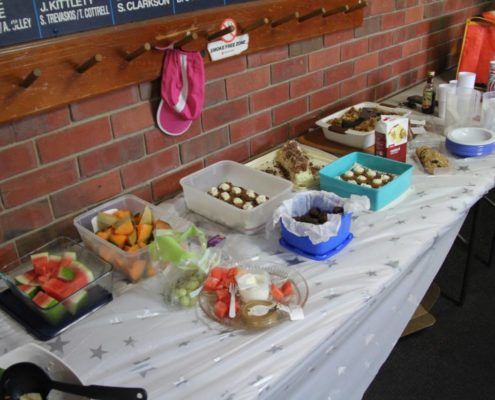 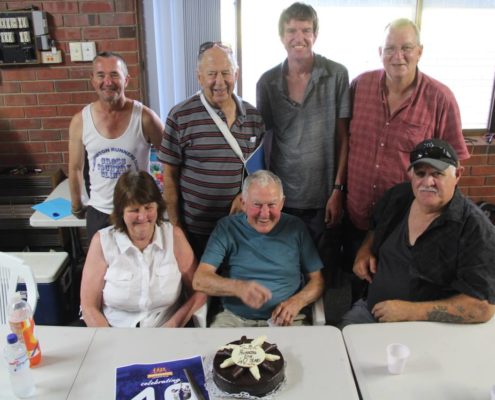 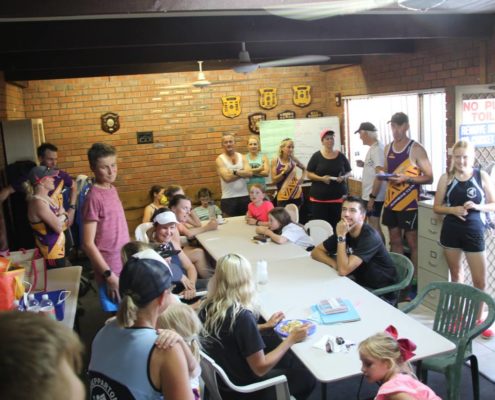 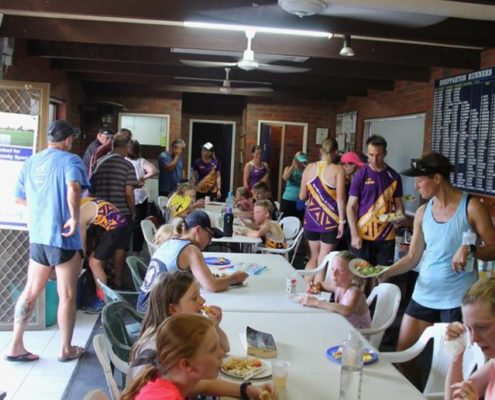 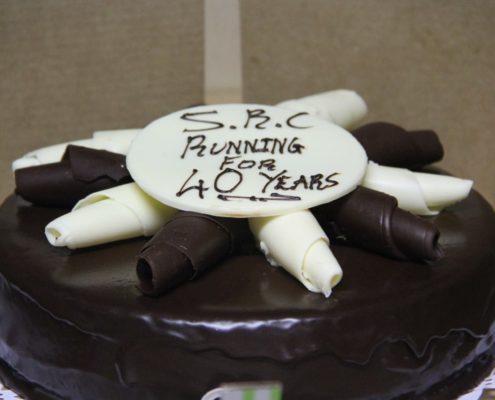 Tuesday February 12th at the athletics track we will be having our graded 3km races again, jump onto the link to register your details, start lists to go up Friday – https://docs.google.com/…/1FAIpQLSfKKYrCC608LQ01L…/viewform… 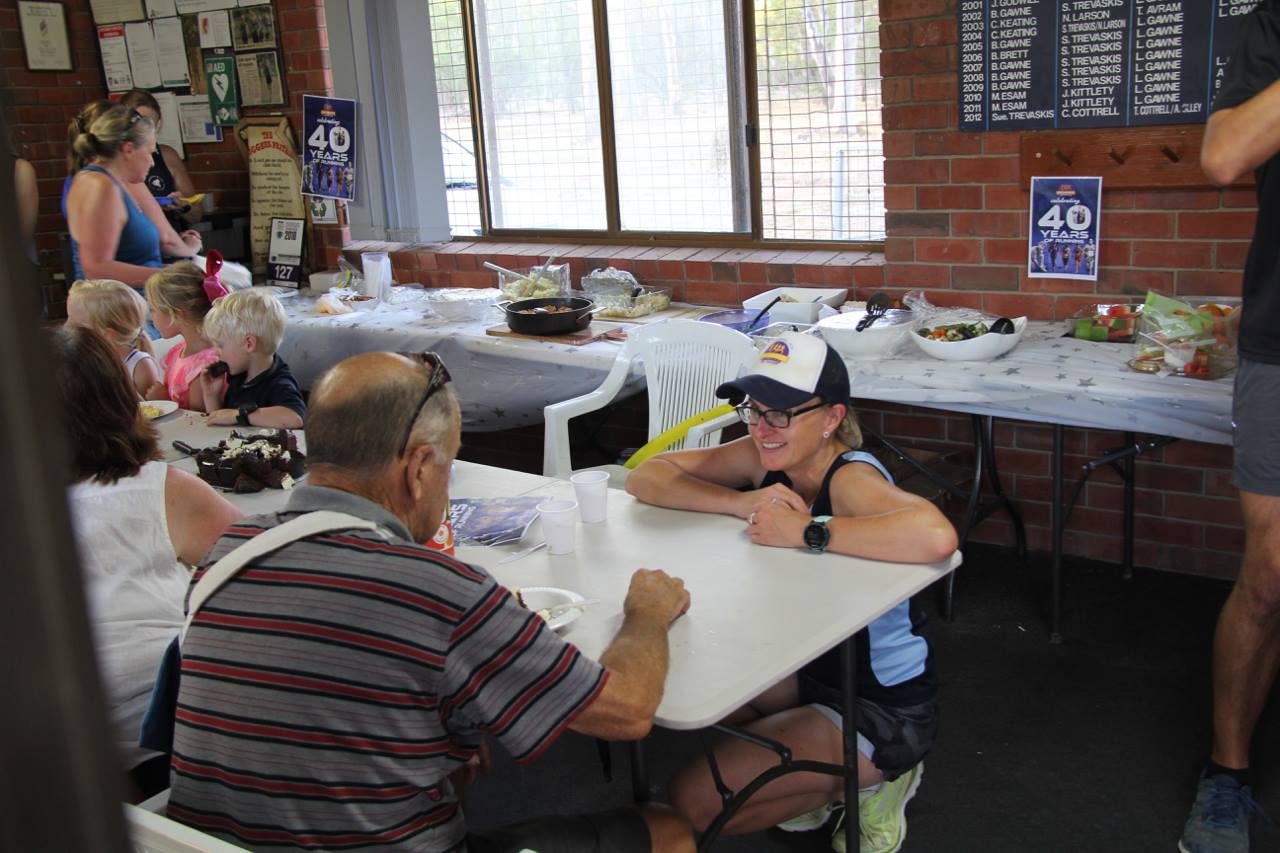 Club member and co-ordinator Melanie McAuliffe said the night would be a chance to look back and to celebrate the future.

‘‘We always try and be as social as we can,’’ McAuliffe said.

‘‘There’s been a lot of new members, so tonight will be a way to welcome them and acknowledge past members.’’

Former Shepparton News sports editor and 1964 Stawell Gift winner Noel Hussey came up with the idea of a running club in the summer of 1979.

At the time, he was a footy umpire and coach.

‘‘I saw the need for the footy umpires to meet off-season to keep up their fitness levels,’’ Hussey said.

‘‘A lot of people were running for exercise, but there was no official club. So we met down at Princess Park once a week, and on a Sunday when we had a barbecue afterwards.’’

‘‘Geoff took it to another level — now they have clubrooms and accreditation with international running bodies,’’ he said.

‘‘If you run good times here, you can qualify for marathons in Boston or London.’’

At Tuesday evening’s weekly meet at Victoria Park Lake, Wilson said the club had always been a family-oriented one.

‘‘My kids have all been through and it’s terrific to see it all still going so well,’’ he said.

‘‘It’s made people realise just how good running is — on a social and a physical level. It’s super stuff.’’

From small beginnings, the club committee has remained active and passionate with regular training sessions and monthly handicap races — and the legacy of the after training barbecue remains.

In the 1990s, the monthly handicaps grew to a point where the club decided to expand even further.

The festival has grown to more than 800 people participating last year from across Australia and even internationally.

Club membership has also steadily grown over the years from a dozen runners in 1979 to more than 100 members of all ages and abilities today.

McAuliffe said the committee had a big year of celebrations ahead with a Bunnings barbecue fundraiser in March, a visual display in Shepparton Library in April, a calendar in June, and a gala dinner in July.

A mother of two, McAuliffe said three years ago she was not at all sports-minded.

‘‘I started with Parkrun — and I was known as the lady with the pram,’’ she said.

When she achieved 5km in less than 30 minutes, she graduated to the runners club and has never looked back.

President Steve Ayton said committee members were excited about the year ahead.

‘‘A lot of hard work has gone into the celebrations planned for the year and special thanks must go to the organising committee,’’ Ayton said.

Shepparton, we are back and ready to continue our journey to #walkallovercancer! We will be back at Victoria Park Lake on Sunday 12 May – 4km walk/run and 8km run
Registrations open tomorrow!
#thinkpink. #cancersucks 💗

How long does it take to lose your fitness?

There are always times in life when you won’t be able to train or exercise as often as you’d like, be it the off-season, injury, or just life in general. So we asked Carly Ryan from Exercise and Sports Science Australiahow quickly we lose the fitness we’ve worked so hard to achieve.

But first, a few things to consider

Often referred to as deconditioning or detraining, how quickly you lose fitness depends on several factors, such as how fit you are to begin with, how frequently you generally work out and how long you’ve been out of action. A person with a higher level of fitness will experience deconditioning at a slower rate than someone who is relatively new to exercise.

And according to Carly, “we know that the less active you are, the quicker the loss. For example, people who are bed bound can see significant loss of muscle mass and cardiovascular fitness in just one week. If you are still active in your daily activities the loss will be slower. “

Age, gender, and the reason you’ve stopped exercising are also factors to consider. Meaning the effects of deconditioning due to inactivity will vary from person to person.

Podcast of the month.

I know a lot of runners are into listening to podcasts. If you come across a good podcast please let me know about it and we can all share it.

The following podcast is here thanks to Ange Ednie.

Anyone with chronic pain, anyone who never thought they would use cannabis for that pain please have a listen to this well-informed podcast. Why don’t we use plant-based medicine more ? The podcast talks about CBD & THC for pain relief and it’s American.

TriSpecifics Kristian Manietta shows you that you don’t need talent or luck to succeed in Ironman Triathlon. You just need to DECIDE then follow a proven blueprint that’s not following the same old dogma and outdated training models. Our driving focus is the minimal effective dose for the greatest possible outcome. The Fat Black podcast covers all topics Ironman Triathlon and how you can improve massively with focus on marginal gains. Basically we are highly performance orientated but we’ll show you how to make it enjoyable at the same time.

Listen to the podcast on itunes here and allow 53 mins.

SRC E-News, Over 60 runners turn up to SRC 3,000 track handicap
Scroll to top