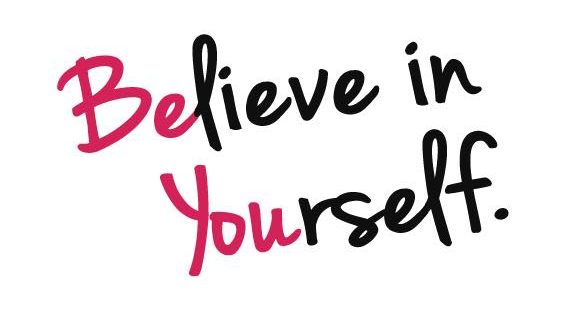 We will be holding a 10km event as a tune up ahead of the Shepparton Running Festival. Everyone will start this race together at the same time and have your handicap added to your finish time to determine the winners. The course will be 2 loops of the 5km parkrun course, it’s a good fast flat course, ideal for a PB, and we will have a drinks table set up that you’ll be able to access every 2km.

Goodbye and thank you Sportsmans Warehouse.

This month we welcome new sponsors Intersport Shepparton and they will be providing 4 x $30 vouchers to be awarded to the male, female and junior male and female winners of our future handicaps including this Sunday’s 10km event.

Congratulations to all SRC members who ran Run Melbourne it’s an amazing event and a great opportunity to enjoy the city. People run for reasons!

Shepparton Runners Club inc has 390 members and 5 admin. Everyone here posts under their own name. This page is where members can chat about anything running or sport related. If someone posts something deemed to be inappropriate, the admin have the right to delete it

Shepparton Runners Club, this is a formal Facebook page with 439 members with Mathieu Ryan as the admin and 5 editors. The Admin and editors have a default posting under the name of Shepparton Runners Club. They can also temporarily post under their own name. Most of the time this will be Chris or Norah posting club running and training info. The results will come from Mathieu or Chealsea under the Shepparton Runners Club name. Members can not start a post but they can contribute. This is also where you find the events tab.

Shepparton Runners Club (Website & Newsletter) The newsletter is created and edited by Steven Trevaskis, with various contributors. This is posted on the SRC website late Thursday evening. Mailchimp email is created and scheduled for Friday at 6 am. Mailchimp is sent out as a reminder that a new newsletter has been created. Mailchimp is also used to convey urgent or important messages to SRC members. The Shepparton Runners Club website https://sheppartonrunnersclub.com.au/ is where you will find past newsletters, race results, club news and much more. The website is wedited by Chelsea Nicholson.

Just 2 hours from Shepparton we bring you the Bright Running Festival 2018.

5km and 10km
Using flatter sections of town this race is suitable for all levels of running with varying distances for beginners and more advanced runners.

25km
As above with a few more hills involved! Around 1000m of vertical.

Bright Ultra 50km
The big one! For those planning greater things or a season aim in itself. 2400m vert.

Kids’ Races
Between 1km and 2km. Entries will open closer to the event date.

Cathedrals Challenge offers a 21.1k and a 10k trail run in one of the most challenging and rewarding network of trails in Victoria.

A visit to the Cathedral Ranges State Park led Race Director, Sean Greenhill on what he considered a fantastic trail running adventure. Subsequently, maps were poured over and soon enough a race course was developed that would provide trail runners with an adventure on the trails they would not forget…

Mountain Sports hosts up to 10 events annually. We pride ourselves on pushing you to try something that you may consider beyond yourself. Ultimately we believe growth happens when we make ourselves a little bit vulnerable…

Women on the trail at night

There’s been plenty of talk in recent weeks about women’s ultra running and the following article about safety at night on the trails is written by Victorian runner, Tash Sekulic.

She’s very kindly allowed me to republish the article, highlighting the thoughts and feelings she considers and deals with when running at night. The article is very much intended to prompt discussion and awareness. “Without discussion, there is no awareness and without awareness we won’t do the small things that can amount to change – or at least make a fellow runner feel a little bit safer.”

A little while ago I was running late at night with a friend in the Dandenong Ranges. We were running together, not because either of us really wanted company, but because both of us were nervous to be out on the trails late at night alone.

Midway into that run, a fellow runner (male), ran past us in the opposite direction. He was on his own and he looked so happy. There was no nervousness about him. I was so envious of his freedom. The ability to run alone at night on the trails with no fear is not one I have, despite being a tuff-nut.

My fear is not unfounded. Many years ago, very early on in my running years, I went out for a jog. It was 40 something degrees in Adelaide and I was wearing short shorts and a tank top. I hated my body back then and only ran to lose weight so there was no ego in my outfit. It was simply a practical outfit for the conditions in which I found myself. A couple kilometres from home I was grabbed by a gang of men under the railway bridge near my house. It was obviously just for shits and giggles for them as I remember them all laughing. One of them sprayed me in something – spray paint or some shit they were probably sniffing under that bridge. I still don’t really know what it was. I got away and ran as fast as I could home. When I told my story to those I trusted I was told “Well you shouldn’t go out in those short shorts.”

Then there are all the times I have been flashed by men whilst out on an early morning run. Too many times to keep count.

I didn’t start running to be with people. I started running to get away from people and have some time to myself. I do enjoy company from time to time but for the most part, I like to be alone.

I am currently training for a race called Tor Des Geants. It is a very long run, non stop through the mountains. I will likely be running for five or six days with short 15-45 min naps thrown in for five to six days (if I manage to make the cut off points). So as you can probably imagine, running through the night is quite important for my training right now.

Tuesday night, I got home late. It was a big day at work and whilst I usually run at lunch time on my double work out days, I just ran out of time. I thought about hitting the trails but my gut instinct told me not too. The common theme on those shows like “I Survived” is always listening to your gut instinct. So I went out jogging, planning to keep to the main roads. Dull but safe, I thought.

As I jogged down Dorsett road, I was in quite a good mood. I was really enjoying how good my body felt on a night run. It had been fuelled well and my muscles were warm. I felt really good, until I saw the man about a km ahead of me who until that point I assumed was innocently walking home from Woolworths or the train station. He turned and looked back at me and then he moved into the bushes and waited for me. I could see his shoes from the bottom of the bush.

Now what I should have done was probably cross the road, or turn back and run in the opposite direction. But I didn’t. I told myself, “Tash if that man touches you or makes a move, you need to be prepared to kill him.”

I know it sounds absolutely ridiculous and irresponsible, but that was the thought I had in that moment. So I ran toward him and as I approached I glared at him in the bushes. He said “Hello.” I grunted something, slightly confused and I kept running.

Now this man could have just been a regular nut job – not intending me any harm, but he also could have been the guy that has abducted and raped a number of female joggers in the Boronia area over the last few years. How the fuck was I to know.

Fast forward to Wednesday night when I needed to do my midweek long trail run. I almost met up with a total stranger on the VUR (Facebook) page just to avoid running alone. But I put my big girl pants on and went out for the run I had planned. The first hour was fine, but then it got very dark as I plodded into a very remote area of the forest. With each wallaby and deer that moved, I grew more anxious.

The thing about long runs is they give you time to reflect. I started to think of the woman murdered in Princess Park. I was overseas when it happened and whilst I felt the rage that most of my friends felt, I was somewhat removed from the incident and the outrage at the time. Though it affected me in ways I hadn’t realised. I realised as I jogged along that I had always known a man might jump out of the bushes and try to show me something I didn’t want to see. He might grab me. He might hurt me. He might rape me. But now, I knew, that he might kill me. He might end my life. A man, an absolute shit poor excuse of a human being might be capable of not only ruining my run, causing me harm, but he could end my life.

I need to put this in perspective. Once, I was walking down Hindley Street as a 20 something year old on my way home from the pub. A guy pulled up in his car next to me and said something perverse. I went straight over to the car and through the open window punched him as hard as I could in the nose.

I am not a fearful creature, yet I fear this creature, the one who wants to cause harm to me and my people.

The thing is, this is not just causing harm to women. That man in the bushes on Friday night – he could have had a mental illness, one that wouldn’t cause him to rape or kill me and may have really needed some help, but I couldn’t risk offering it to him. He may have just been a lonely guy who just genuinely wanted to say hello, but I couldn’t risk talking to him.