Grab a coffee, sit back, and enjoy another edition of the Shepparton Runners Club Newsletter. Welcome to Friday. 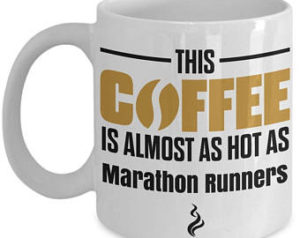 Training is still on for all sessions over Christmas and new year at this stage.

TIPS FOR TRAINING IN HOT WEATHER

HEAT? HUMIDITY? BE SMART AND YOU CAN STILL WORK TOWARD YOUR GOALS.

Beers, burgers and treats aren’t the only things that might weigh you down this summer: sweltering weather can make even a short run feel like a trudge through mud. As the sun beats down, your core temperature shoots up, sending blood away from muscles to the surface of skin to help heat dissipate.

It’s uncomfortable, but science says training in the heat is worth the trouble: hot-weather workouts teach your body to sweat more (which keeps you cool), increase your blood-plasma volume (which benefits cardiovascular fitness), and lower your core body temp – all adaptations that help you perform better in any weather. But how hot is too hot? “I tell people to use caution when it’s more than 26 degrees Celsius out, or 30 degrees if you’re heat-acclimatised, and if the humidity is high, you need to make even more adjustments,” says Douglas Casa, Ph.D., head of the University of Connecticut’s Korey Stringer Institute, which studies enhancing performance in the heat. Follow these specific tweaks depending on what you’re training for.

Try this workout for steamy days: grab a pool noodle, jog 10 to 15 minutes to your local pool, then remove your shoes and jump in. Spend 15 to 20 minutes aqua-jogging with the noodle looped under your armpits, then put your shoes on and jog home. Apply anti-chafing balm before your run to avoid post-pool discomfort.

If you’ve pencilled in a long run and starting at 4 or 5am isn’t an option, make sure you’ve had a solid night’s rest, which enhances heat tolerance, says Casa. Avoid out-and-back routes (which don’t give you the option to bail), and tweak your expectations: “Many of us are around 10 per cent slower in the heat,” says Casa. Try running for time instead of distance on super-hot days: if a 28K run normally takes you three hours (6:15 min/km pace), run for three hours at the same effort level.

Prep for post-work races by packing hydrating fruit and veggie snacks (like carrots, cucumbers, strawberries and cantaloupe) to nosh on throughout the day. And chill a bandanna to wrap around your neck during the run: a recent study found that such cooling tactics during a race are more effective than pre-cooling strategies when it comes to boosting performance in the heat. You’ll also want to halve your standard warm-up to avoid overheating, says coach Ben Rosario. So if you typically jog for 10 minutes and do dynamic stretches for 10 minutes pre-race, do each for five instead – your muscles warm up more quickly in hot conditions. Set goals depending on how the elements look that day. One idea is to focus on place instead of time: if you know you’re among the top 50 in a given race on a cooler day, shoot for the same approximate place when it’s hot.

Stay flexible as you cross off your two or three swimming, biking and running workouts per week: “We ensure we’re swimming in the heat of the day and running and biking when it’s cooler, and we’ll pick bike routes that pass by petrol stations for ice to put in jerseys and sports bras,” says triathlon coach Jeff Bowman. During warm workouts, experiment with hydration to find the right balance of fluids and electrolytes for your needs, and practise drinking on the bike and on the run. When there’s a heat advisory, Bowman’s athletes move running and biking workouts indoors, where they can put in an intense effort with workouts such as the compound brick: “It’s pretty common for us to have to train inside – we’ll do run/bike/run/bike/run/bike (or vice versa) and increase the intensity each subsequent run/bike block,” he says. “But we make sure there’s air conditioning, fans directed at your face and body, and cool fluids.”

GOAL: RUNNING FOR FUN AND FITNESS

If the weather’s taking the life out of your workout, change plans: join a spin class, pop in a workout DVD, or go for an aqua-jog. As long as you’re clocking at least three moderate to tough runs weekly (inside or outside), for at least half of your usual weekly volume, you’ll maintain base fitness and be able to ease back into your normal schedule as the days become more tolerable. When you’re enduring hot temps, trade heat-radiating roads and sidewalks for dirt or grass; run shaded loops where you can re-up on water and ice; and go by feel instead of pace.

Runners World Magazine – You’ll find the January 2018 edition of Runner’s World in newsstands, Coles and Woolworths in Australia. In New Zealand we’re in dairies, bookstores and Countdown supermarkets. Or, never miss an issue again by signing up for a subscription.

March 4 –  Session at the Athletics track (more info to come) 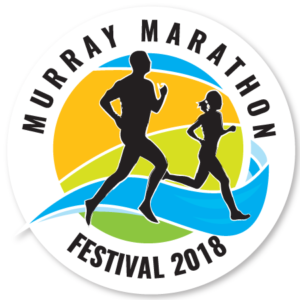 Help celebrate their major milestone by entering one of eight races on the famous flat, fast and scenic course located alongside the city’s renowned surf beaches and stunning broadwater.

Sally Pearson has been named Female Athlete of the Year at the AIS Sport Performance Awards in Sydney tonight.

The AIS Sport Performance Awards celebrate the nation’s sporting achievements, with awards for male and female athlete of the year; Para-performance; emerging athlete; international team; coach; and leadership. Almost 400 guests gathered at The Star in Sydney for the black-tie function to celebrate the year in Australian sport.

Pearson was honoured having closed the door on three years of injury woe to win her second 100m hurdles crown at the 2017 IAAF World Championships in London in an inspirational performance. The reigning Olympic Champion, clocked 12.59 to finish ahead of Dawn Harper-Nelson (USA) and Pamela Dutkiewicz (GER).

Pearson was pleased to receive the award for Female Athlete of the Year.

“I would like to thank the AIS judging panel for their recognition and to also pay tribute to the other fantastic female athletes who were nominated – Britteny, Jessica and Sam – all remarkable performers in their own right.

“Celebrating success, after such a trying time has been enjoyable. Awards are not the reason we compete, but it is an honour to be recognised.

“I’m looking forward to the summer ahead, competing at my best and of course, competing in front of a home crowd at the Gold Coast 2018 Commonwealth Games.”

Check out all the news from this weeks parkrun.
http://www.parkrun.com.au/shepparton/?p=1042

Check out all the news from Shepparton’s 200th parkrun. Don’t forget that on the 13th of January we will be celebrating the 4th anniversary of parkrun with a superheroes dress up themed parkrun. We look forward to seeing you all again this Saturday for event 201. Bring your family, bring your friends and don’t forget your barcode. 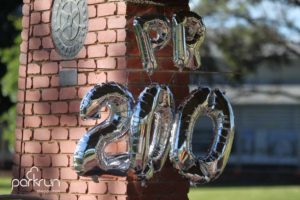 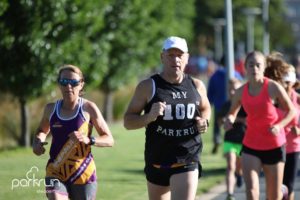 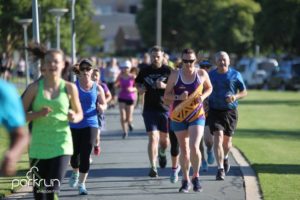 Tara and Sam did the Hobart Parkrun last Saturday, and boy, was it different to Shepp! It’s an out and back run around Risdon Brook Reservoir, with an elevation gain and loss of 65 metres, through nice bush scenery. No PB’s here. There was a Shepparton lady competing with us, who we just about convinced to join the SRC.